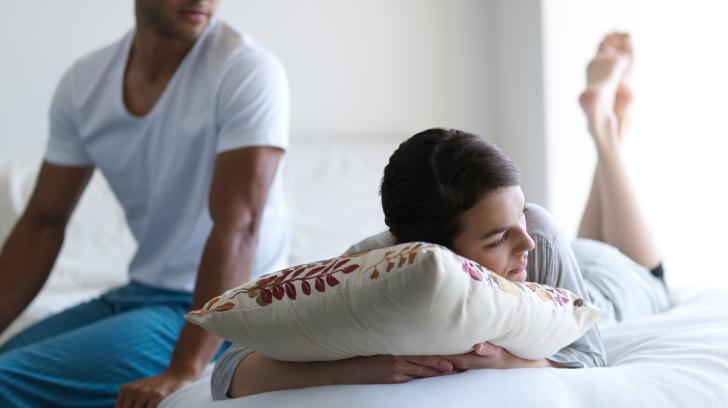 Is your medication causing a dip in your sex life?

Sexual drive in people can fluctuate over the years, with highs and lows depending on the major life changes, relationship status as well as the status of your health. Moreover, many medications can also impact the sex drive, which may end up causing one distress and decreased compliance to medication. Read on to know which drugs can cause a dip in the sex life and how to minimize those side effects:

Medications that cause low libido

If there is a sudden dip in the sex life after starting a new medication, then most likely it’s the new medication that’s the culprit. However, do not be too hasty to blame a drug; other factors and events should be taken into consideration before a diagnosis is reached. A top sexologist in Lahore can be helpful in vetting out the cause of the decreased libido.

There are two main ways that medication cause a dip in the sex life. One of them is the physical effect of drugs such as dryness of vagina, difficult in attaining or maintaining an erection etc. that make it difficult to enjoy or have sex.

Another way that drugs affect the libido is by affecting the hormones. The key hormones that are affected by medication include: testosterone, serotonin and prolactin, according to physician Christine Traxler, MD.

Medication that treat depression and anxiety are often the cause for decreased libido and sexual activity. If anyone is facing a difficulty in their sexual life after starting medication, should talk to their healthcare provider about reviewing their medication and switching them if possible.

Anti-anxiety medication which are based on benzodiazepines impact libido. Other medications include anticonvulsant medications that treat diseases like epilepsy, especially phenytoin, phenobarbital and Tegretol. Patients undergoing radiation therapy and chemotherapy, which are part of the cancer treatments also face changes in their sex drive.

Hormonal contraceptives such as ortho tri-cyclen, steroid medication like corticosteroids, opioid pain killers like Vicodin, Percocet and oxycontin are some other drugs that cause a dip in sex life. Drugs for treating blood pressure and other heart diseases including ACE-inhibitors, beta blockers, diuretics, lipid lowering drugs, thiazides, alpha blockers, and centrally acting drugs all affect the blood vessels which make it difficult to attain erection and ultimately impact the libido.

Diseases such as benign prostatic hyperplasia are treated by drugs that effect the level of testosterone in the body, and therefore lower the sex drive. The examples of these include Flomax, proscar and Propecia.

Apart from prescription medication, there can be over-the-counter drugs and supplements without any obvious warning label that can ultimately affect the hormones. One such drug is the antifungal medication ketoconazole that is used by patients to combat fungal infections on the skin. Additionally, medication for reducing acidity in the stomach like cimetidine, which is commonly available as an over-the-counter drug also impacts libido, as does, the allergy drug diphenhydramine (Benadryl).

If you are unsure about which drugs are having an impact on your sex-drive, its best to seek professional help from Best sexologist in Lahore.

HOW TO CHOOSE A MOISTURIZER FOR OILY SKIN

IVF AND ALL THAT YOU NEED TO KNOW ABOUT IT